About Deep in Patagonia Tours

Deep in Patagonia was born out of a deep passion and understanding of the cultures, flora, fauna and geology of one of earth’s most remote and untouched regions, Southern Patagonia and Tierra del Fuego.  Deep in Patagonia is a working progress project directed by two of the most knowledgeable minds in the area, having brought thousands of passionate adventure travelers to this destination. Our mission is the same mission of the very first pioneer travel provider in Lake Fagnano, German Genkowski, who 30 years ago started bringing adventurous explorers to this southern paradise.

The mission is to preserve the nature and wilderness of this area, so that future generations can witness how Tierra del Fuego used to be before it was considered a resource of industries like gas, petroleum, gold and timber. In those years, industry explorers attempted to exploit the area for financial gains. We are lucky that other more accessible areas worldwide were discovered that caught the attention of these explorers preventing an environmental disaster in Tierra del Fuego. Today the region still offers its Fjords, mountains and wilderness for the few that are willing to take the long leap to reach this eden.

We strive to bring a small number of passengers that enjoy the remoteness of this region, the majesty of its mountains and the silence of its bays and Fjords so that they experience how earth’s corners should remain, pristine and untouched. 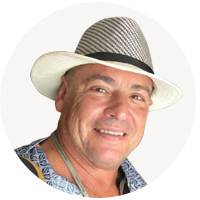 Born in Puerto Rico, Jorge Rodríguez lived in a bicultural environment from his early childhood. During a summer while in high school, Jorge traveled to Europe where he had his first travel adventure abroad. He earned an undergraduate degree in Physics from Mercer University and a Master in Business Administration from the University of Connecticut where he also studied Latin American Studies and acquired extensive knowledge of Chilean and Argentinian histories and cultures.

After working with Otis Elevator where he managed licensees in over 15 countries in Latin America, he landed a marketing opportunity at United Airlines Latin American Headquarters in Miami, starting his Travel and Tourism career. After attending rigorous Account Executive Training, he excelled in managing Latin American accounts in the South Florida area.

During Adventure Latin America’s tenure, Australis became a leader in Argentina and Chile destinations for affinity groups in the USA and was featured in nationwide TV shows such as Mighty Cruise Ships and Travelscope among others. During his leadership, Australis earned Travel + Leisure Magazine’s World’s Best #1 Small Ship Cruises Award.

Jorge's company has been featured in major media outlets such as Time Magazine and National Geographic books where he is regularly quoted on Adventure Travel topics. 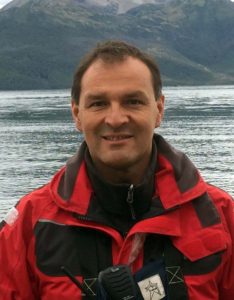 Mauricio Alvarez, born and raised in Punta Arenas, Chile, with a tight connection to the province of Magallanes and Tierra del Fuego’s identity, his early childhood had a close contact with the nature of this region. That’s how he inherited the values, love and passion for this land. His family’s first expedition brought him to Torres del Paine National Park with only nine months of age. This inspiration instilled in him a curiosity for travel. That’s how he migrated to the state of Washington in the United States to finish his high school studies. In Chile, he studied engineering and cinematography and started working as a music composer and later as producer and director of video and audio material.

In his mid-20s, Mauricio traveled around Europe for about eight years in which he became fascinated about the history of the Old World and developed his curiosity about some of the paradigms in the history of Patagonia and Tierra del Fuego. This is how he started the long task of collecting and studying Tierra del Fuego’s cartography developed by the Europeans in the 16th century.

Since 2005 he has worked at Australis' expedition cruise as a naturalist and expedition director. He currently participates in specialization courses for a better understanding of the austral eco-systems and works in conjunction with the Cuaternary Center (CEQUA) and Australis in the phenological registration and measurement of plants, glaciers, waters and birds among other wildlife. Simultaneously, as a principal in Deep in Patagonia, he develops  and coordinates exploration projects and related studies  registering photographic and filming material

Mauricio has promoted the history and culture of Patagonia during lectures in the United States and Canada. His work as a naturalist guide in Australis has been featured in various TV programs, documentaries and written press including productions like PBS, Travelscope, Discovery Channel and National Geographic in North America and Europe.

Mauricio’s commitment and dedication to the study of Southern Patagonia strengthened the desire to show his work, promote the cause of sustaining future scientific proyects in partnership with the travel industry, all within the frame and prerogative of conserving and preserving his beloved Patagonia’s region environment.